Recently, Kim and Kanye daughter, North West, stepped out in a corset dress with made everyone furious. People on social media didn’t react well and left outrageous comments on Kim’s social media handles.

Kim Kardashian and Kanye West’s daughter, North, is already a fashion sensation. The four-year old dresses better than most of the adults do. Last week North stepped out with her parents on the streets of New York and her dress received widespread criticism. The toddler is seen wearing a peach dress with what appears on top as a corset and has a purple flower on it. The corset has lace which loosely wraps the toddler’s chest. 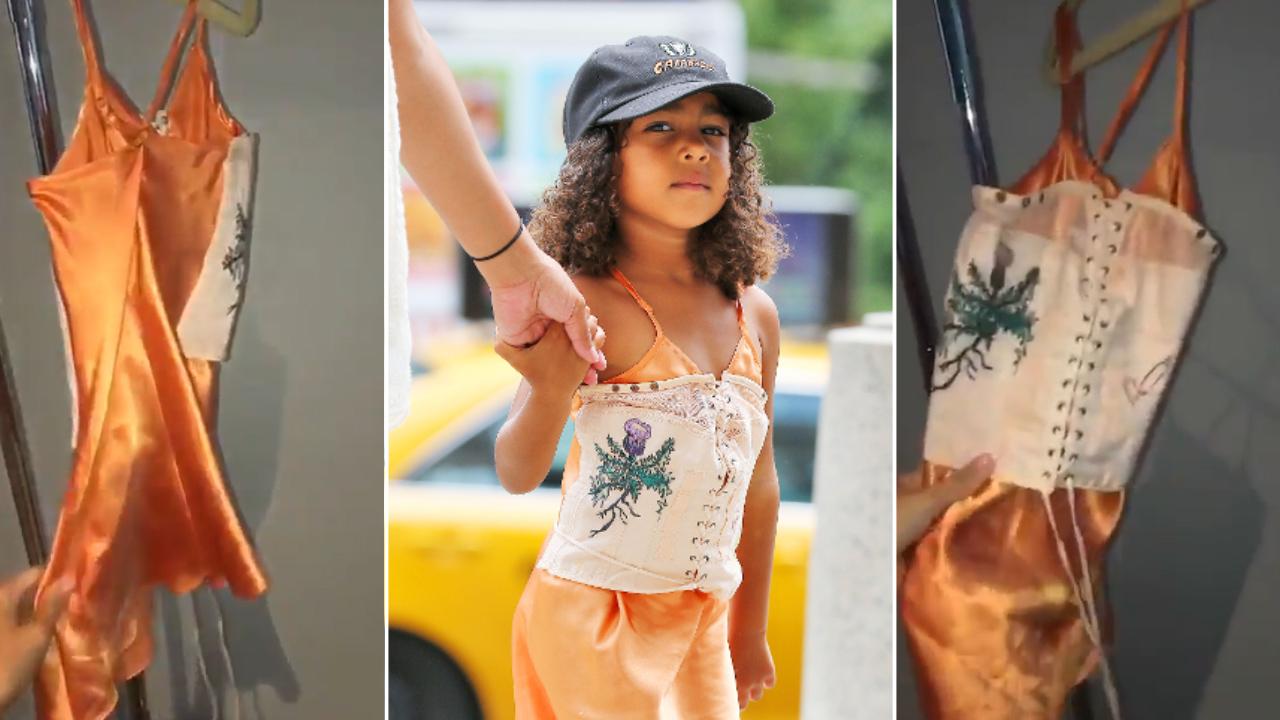 After the photo went viral, Kim posted a video defending her daughter’s controversial dress. In the video Kim says that the dress just looks like a corset and she will never put her daughter in one. Kim said that she did not design the dress and was bought. The fabric in front which forms the corset is just cloth.

Corsets are used to sexualize a woman’s body and are often worn by burlesque dancers. Science has proven that corsets are unsafe for use as they damage the ribs and spine. Corset fits tightly around a woman’s waist, making it look smaller and give an hourglass shape.

In the past, Kim herself has promoted waist trainers and gives them the credit in helping her achieve her hourglass figure. Doctors have warned people against the use of corset as they damage internal organs.

After North’s corset dress photo started doing rounds on social media, Instagram users made some comments. One user asked why is a baby a corset, while another one said the outfit might attract unwanted sexual predators. One Instagram user tried to defend Kim and said that the corset is just cloth stitched to the dress and shouldn’t hurt anyone.

On the brighter side, North is seen wearing customized baby Yeezys which will soon be available on Kids Supply website along with other kids clothing. Kim and Kanye also have a one-year old son, Saint West.

Last week seemed to be disturbing for Kim as another photo she uploaded on social media showed two streaks of cocaine on a marble table in the background. Kim defended saying that the white streaks were part of the marble’s design after initially suggesting that they might be from her kids’ leftover candy.