Actress Jessica Alba and husband, Cash Warren just announced on Instagram that they expecting their third child. The actress and film producer already have two daughters – Honor, aged 9 and Haven, ageed 5. Alba posted a boomerang video on Instagram and captioned it, Cash Warren and I are officially going to be outnumbered.

Alba and her daughters are all smiles and giggles in the boomerang. Each of the three is holding a black inflatable balloon. Honor is holding ‘1’, Haven is holding ‘2’ while Alba holds a number ‘3’ inflatable balloon. In the video, Alba is wearing a pretty black dress which matches the balloons and is holding her baby bump with one hand. The video is probably taken in the actress’s backyard. It is obvious that it was her husband who was the man behind the phone. 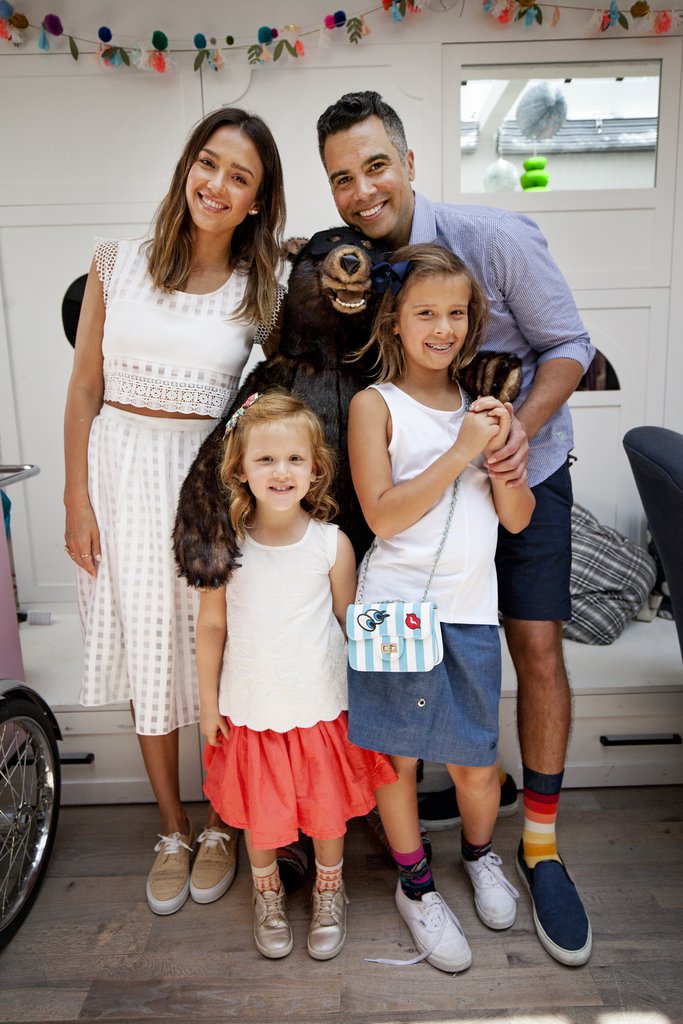 The actress is best known for founding The Honest Company and for her roles in movies such as Sin City, Fantastic Four franchise, Good Luck Chuck, and Into The Blue.

In the beginning of the year, Alba told in an interview that she is constantly evolving as a parent and that is only because she is open and curious and trying to be herself. Alba said that she doesn’t pretend to have answers for everything and certainly doesn’t think that she is perfect. So when her kids tell her something, rather than reacting, Alba tries to learn from it. In the interview she also said that boundaries and structures helped Warren and her.

The 36-year old actress feels that her kids, Honor and Haven, thrive the best when they know the boundaries, comfort zone, and where they can be creative and play. According to the Sin City actress, enough sleep, activity, and proper nutrition help her family.

Alba and Warren, ages 38, got married in 2008 and their first daughter, Honor, was born a month later.

The family of four is currently vacationing in Hawaii and seems like the expectant mother is paddle boating. Recently, Warren posted a sweet photo and message for his first born, Honor, on her birthday, thanking her for teaching him to be a better person. In the post, he wrote that he has no idea how he already has a nine-year old. Having her has taught him to appreciate what he has in the present. He wrote how kind, thoughtful, fair, smart, creative, and driven she is.

We can’t wait for Jessica Alba to upload more photos of her baby bump.