If you watch videos on YouTube, you surely might be aware of who are Logan and Jake Paul. Both the brothers are YouTube sensations and are currently the most viewed YouTuber siblings. 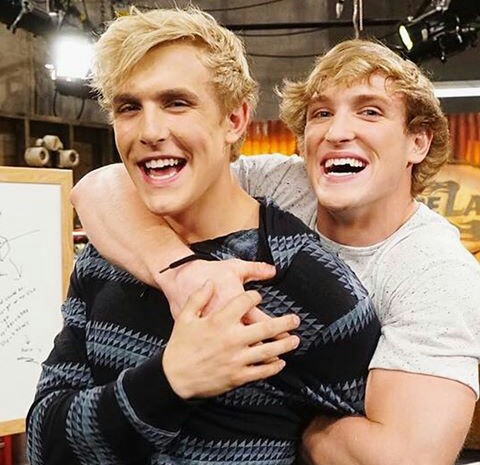 Logan Alexander Paul, 22, was a famous personality on Vines before he started with YouTube. An actor by profession, Logan has around 8 million subscribers on YouTube. He has two channels – Logan Paul Vlogs and The Official Logan Paul. Logan has featured in television series like Law & Order and Weird Loners. Before starting his two channels, Logan had started a YouTube channel called Zoosh, when he was only 10 years old.

Logan dropped out of college from Ohio University and came to Log Angeles to pursue a career as a social media entertainer. He moved into an apartment with other famous Viners. Logan Paul’s first movie came out on YouTube Red, which was called the Thinning. Around six more films are lined up to release in 2017 and 2018. Post his ever growing success, Logan now has his own merchandise collection, named after his pet bird’s name – Maverick.

Logan’s younger brother, Jake Joseph Paul, 20 is quite famous too. He has amassed more subscribers than his brother. He also has three channels – Jake Paul, Jake Paul 2, and Jake Paul Biz. On his main channel, Jake has around 8.5 million subscribers (as of 19th July 2017). On his other channel, he uploads challenges and story time videos and has over 1 million subscribers. His other channel, though not active since a few months contains tips and cheats to grow followers on social media and contains some very insightful information. Just like his elder brother, Jake is an actor too. He plays Dirk on the Disney channel series Bizaardvark.

To conquer more of the social media, Jake started Team10 around six to seven months ago. Team10 functions as an agency and has YouTube artists and social media stars under it. They all live in the same house. Rumors say that Jake acts their manager and they have to give 10% of their earnings to him as fees.

Since a few months, Jake and Logan have been at war with each other. It started with Jake throwing his rumored ex-girlfriend out of the Team10 house. Logan took her in and made a diss track about Jake. No one knows if it reality or a big drama.

Whatever it is, the brothers are making huge money and living the life we can only dream about.

WWE Superstars are earning a lot in 2017!